Epilepsy families are superstitious.  I've been waiting to update, worried that I've jinxed things, but am slowly realizing that our new drug isn't all that we hoped it would be.  I realize my last update was November, but so much has happened it would have been over-kill to update with every changing moment.  Here's a summary...

November 26 - We were approved for Epidiolex, but then we had to wait for insurance to figure out how to bill it.

November 26 - December 11 - Jenelle's seizures were so bad, we increased Felbamate because we couldn't wait for Epidiolex. Took a week to get to the "therapeutic" dose of Felbamate.

December 27 - FINALLY - we get Epidiolex in hand after Dr. Tran's office worked a miracle.  We started slowly, smaller doses to wean her onto the drug.  Within the second Day of Epidiolex, Jenelle started to smile again, and we had giggles!  She woke up one morning giggling and we were pretty excited.

January 2 - Dr. Tran's office called with Jenelle's Felbamate levels stating that they were "too high."  However, we were seeing our BEST seizure control and we really didn't want to make changes, but Dr. Tran insisted that we decrease Felbamate.

January 15 - We are finally on the full dose of Epidiolex, and the reduced dose of Felbamate.  Not the same control as we saw in the first few days, but still better.

January 22 - I call for a refill, and it is denied by insurance!  Long story short, Jenelle goes OFF Epidiolex for 6 days until the refill is processed.  Unfortunately, seizures increase.

February 5 - Jenelle is diagnosed with Influenza A after 4 classmates are out with the same, and she has small symptoms.  She starts Tamiflu, and seizures wreak havoc!

February 28 - We visit Dr. Tran, and decided to slightly increase Felbamate, and stay the course with Epidiolex.  We have another follow up in March and we stay the same with a slight increase in Epidiolex.

And now we have arrived to our current status, which is lots and lots of seizures.

For a while, I was hoping our issue was that we had made too many changes at once.  It's vicious and you have to have patience.  But with the Felbamate levels changing, the Epidiolex changes and the flu - it's been pretty hard to figure out what if anything is working.  Now that we are almost 3 months out, I think I can safely say the Epidiolex isn't working.  We have a scheduled overnight EEG in June, so things are going to stay the same (medication wise) until then.  Still keeping our fingers crossed that Epidiolex is our miracle drug, but trying to keep it real at the same time.

So, that is all for now!  In March, Brett and I were invited to attend a CHOC Fundraiser with Dr. Lily Tran and we absolutely enjoyed the night out with adults - talking about everything but Epilepsy!  Here are some photos from that event. 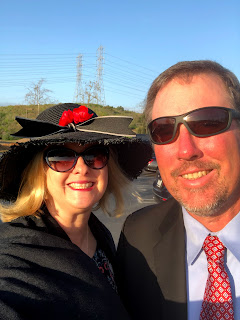 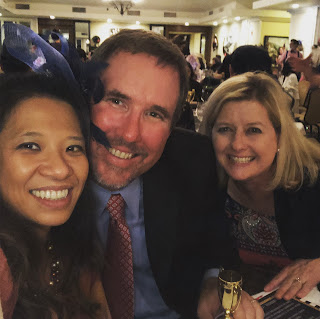 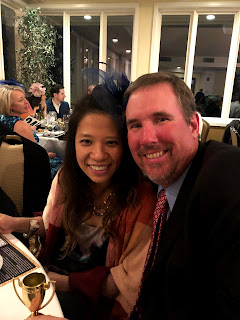 That is all for now!  As always, I'll keep you posted.

Thank you for the update. Celia