When your "Normal" streak ends

All Special Needs parents understand that when things are stable, things are great... until they aren't.  Jenelle has had an unbelievable run at "Stability" or for lack of better word, "Normal Days" during the COVID pandemic.  That run ended last Friday morning when we had to take Jenelle to the ER.

The day started just like all our normal days start.  Jenelle woke up, was fed and medicated, and sat through her first Zoom class of the day.  Towards the end of class, she kept grabbing my arm, and trying to stand up.  I figured she was DONE with class - they did go over the usual time limit that morning.  When we logged off, I took her into the living room to play, but she wanted none of that.  She kept grabbing my arm.  I knew she was trying to tell me something, but I couldn't figure it out.  I thought maybe she wanted a diaper change, but she was dry.  Then, Jenelle started to behave in a way that I've never seen ... She was clammy, sweating (Jenelle does NOT sweat), dizzy and clearly agitated.  She was not having a seizure, but she was definitely not her normal baseline.

I called her Neurologist office to ask for advice.  After discussing the symptoms, I agreed to take her to the ER.  Bottom line, her neurological behaviors were altered.  They called ahead so the ER was expecting us.

There were lots of possibilities - She could have a concussion from a fall we didn't know about.  She could be having blood sugar issues.  She could have something else that was causing her pain.  When a non-verbal child can't tell you what is wrong; this is where we go to get answers.  X-ray of tummy, bloodwork, uninalysis, and Head CT were all ordered.  Within a couple of hours, we learned that Jenelle had a UTI - which explains all of the crazy, altered symptoms.  Were went home a few hours later with an RX for antibiotics and a happier Jenelle.

It was just a few hours, but the day was done.  Jenelle got extra cuddles and Mom ordered take out.  At the end of the day and into the next; Brett and I were exhausted.  I began to realize that the fear never goes away.  And that fear grows even stronger when its been dormant for a while.  One "bad" day takes many to recover.

Changing the subject - I thought I'd update you on the latest since last January.  Jenelle got vaccinated in March/April and will return to in-person class in August.  She got to participate in the Graduation ceremony for her Class of 2021 (the 99th graduating class at Tustin High School!)  In August she will begin "year 13" in the Adult Program with the same teacher and classmates.  She is going to need outpatient surgery soon to switch out the battery for her Vagus Nerve Stimulator (VNS) and has been running on 11% battery (Mom is freaking, but the Neurologist says we have 6 months!)

Our family is embracing the end of the pandemic and lock down and looking foward to school starting in August - IN PERSON - for both Jenelle and her brother Jack.  And until then, we will keep enjoying the lazy days of summer.

Here are some photos of Jenelle's graduation.  She looks very proud of her accomplishment. 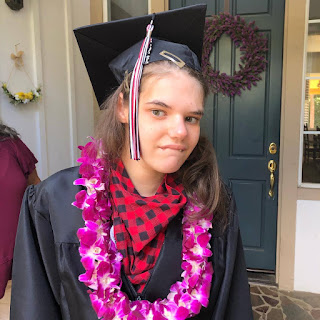 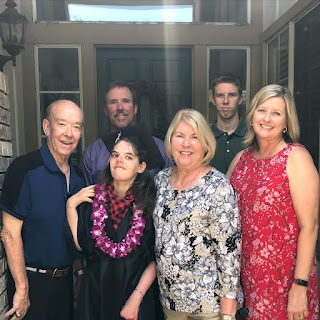 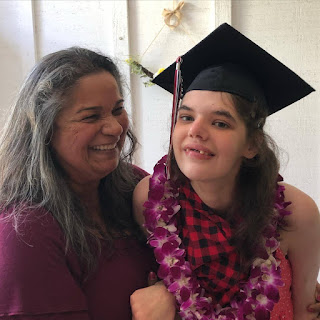 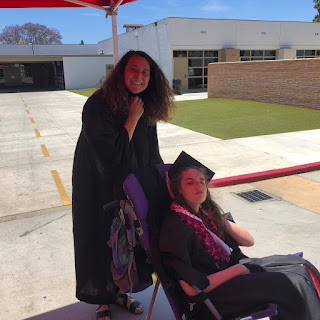 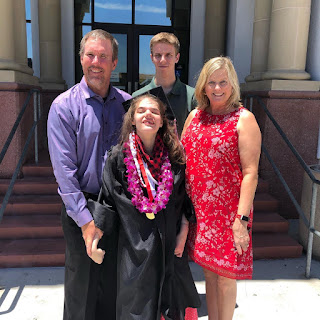 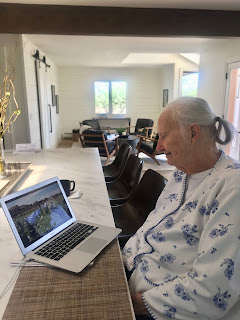