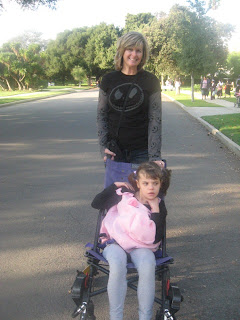 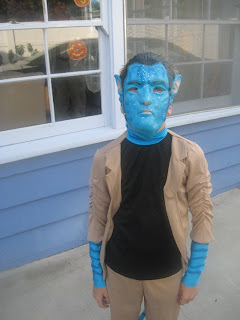 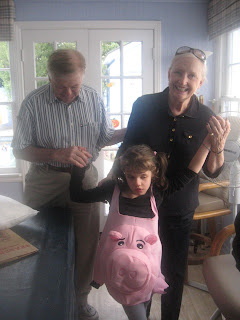 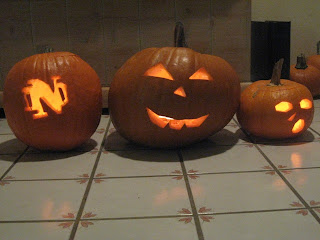 On Thursday, I took Jenelle with me for my follow up at UCLA with Dr. Territo. Everything is good with me; my counts are strong and I'm still cancer free. Dr. Territo wants me to finish the course of ATRA (Vitamin A chemo) that I started in September, but had to suspend when I was having the headaches. I have a planned dental cleaning next Friday, so she wants me to start chemo the following Monday and take the ATRA for the next 10 days.

Prior to my appointment at UCLA, Jenelle and I stopped by my office to drop off donuts for our (new) secretary's birthday. My department has a new secretary, and her first day at the firm was the day Jenelle had a 9 minute seizure. Just as we were leaving to take her to lunch on her first day, I got the call and had to rush out. Since she had already heard so much about Jenelle, it was only fitting to have them meet, so she could see how special Jenelle is.

It was a wonderful visit for Jenelle. I realized the last time she made a visit at the firm was two years ago. At that time, I tried to walk her around the office halls, but she was easily tired. Last Thursday, Jenelle was walking everywhere, and very cute when she peeked her head over cubicle bays to say hello. We had a wonderful day together in our trip to UCLA, and it was helpful to have her for the car pool lane as well.

Jenelle and her big brother Jack! 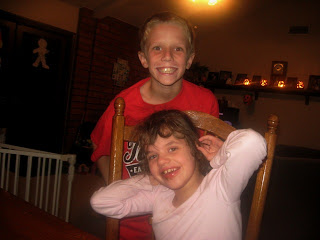 Is this really for me? 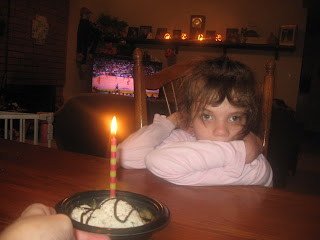 I'd rather eat the table instead! 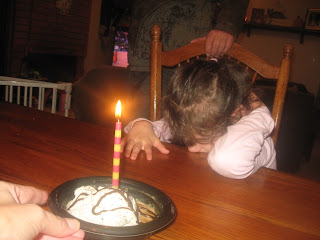 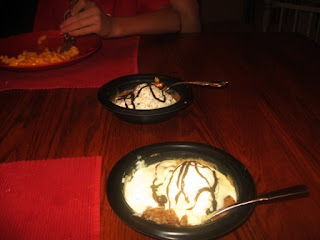 Eight years ago today, we were blessed with the birth of our beautiful Jenelle. While her life has been challenging, we are constantly reminded that every achievement, no matter how small, deserves celebration. Thank you sweet Jenelle for making us better parents, and for showing us the important things in life.

My how you've grown! We love you! 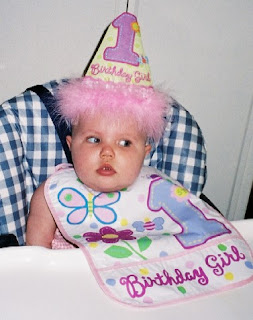 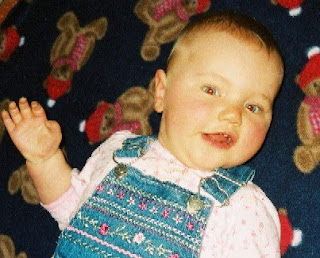 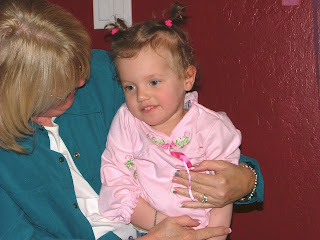 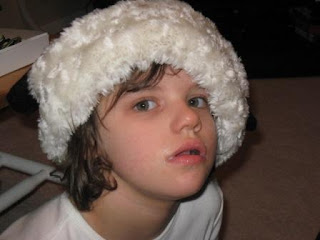 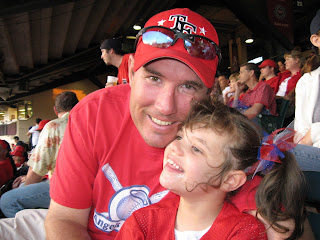 Sunday night, Jenelle was acting very strange. She had a horrible bout of insomnia. She was anxious, frantic and very distracted. She didn't fall asleep until well after midnight, after I held her tightly to get her to relax. If she had been a cat, I could have sworn we were going to have an earthquake.

Well, it wasn't an earthquake, but a bad day none the less for our Jenelle. About a half an hour after speaking to Jenelle's teacher to notify her about Jenelle's bout of insomnia, her teacher called back to tell me that Jenelle was having a grand mal, that it had been over 5 minutes and that she had already called 911.

I was at work, so I notified my boss, and left immediately. In the car, her teacher called back to tell me that they were on the way to the hospital and to meet them there. She said the grand mal went 9 minutes. I asked if they had given Jenelle Diastat, her emergency seizure medication, and her teacher said no. I got to the ER just as the ambulance pulled in. When I got back to the exam room, Jenelle was lethargic and curled up in a ball, and seemed tired, as to be expected.

The County program that runs Jenelle's school has a registered nurse on staff that is there to help administer Diastat when needed. As you may have heard in the news, the Board of Registered Nurses in California have succeeded in obtaining a court ruling to back their recommendation that only a registered nurse, or medical doctor can administer Diastat. The BRN also feels that the RNs on campus are not qualified to instruct lay professionals, like school nurses (that are not RNs), health room aides and teachers, on how to administer Diastat (which is a dose of valium given rectally. The BRN recommendation also extends to EMTs and paramedics, prohibiting them from administering Diastat when needed. Sadly, the issue is a time bomb ticking. Individuals who have given Diastat in the past to stop seizures from going too long and inflicting brain damage are now prohibited from giving it. The RN who is normally scheduled to be at Jenelle's school yesterday was out sick, so Jenelle did not get her Diastat.

The County Nurse who was at another location during Jenelle's seizure arrived at the ER to pick up Jenelle's teacher, who rode with Jenelle in the ambulance. Both are wonderful care givers to Jenelle, and we completely understand why their hands were tied in this situation. I will, however, sending a strongly worded letter to the Board of Registered Nurses.

At the ER, they ran blood work and urine tests to make sure Jenelle wasn't ill. She started to have more seizures in the ER, so they started an IV and gave her a loading dose of Dilantin. During the Dilantin push, Jenelle started vomiting. It was a strange reaction as she has never vomited with Dilantin before. With the Dilantin, Jenelle fell asleep and the ER sent us home after her test results were normal. We got home around 4:30 and I gave Jenelle a shower to rinse her off. She went straight to bed and slept until 8:30.

Around 10:00 p.m., Jenelle started vomiting again. Knowing that she hadn't had her medicine or much to eat all day, I sat up with her until after midnight trying to get fluids into her g-tube. Jenelle kept dry heaving, but eventually fell asleep, so we avoided a return trip to the ER. Today, Jenelle has been holding down fluids, meds and food. We were very fortunate that Jenelle's seizure stopped on its own after 9 minutes. She started acting more like herself this evening, and even said "mum mum" and gave me a hug.

We aren't sure if Jenelle had a little stomach bug, or if the vomiting was from the Dilantin. Dr. Shield's office recommended increasing the Vimpat to see if that helped. We are scheduled to see him again in November, but he may try to get us in sooner. Until yesterday, Jenelle's seizures had been under control, and we really didn't have any indication that this would happen. We are grateful that she is acting like herself and hopefully done with seizures for a while.

Thanks for the continued thoughts and prayers. I'll keep you posted.
Posted by Kelly 3 comments: